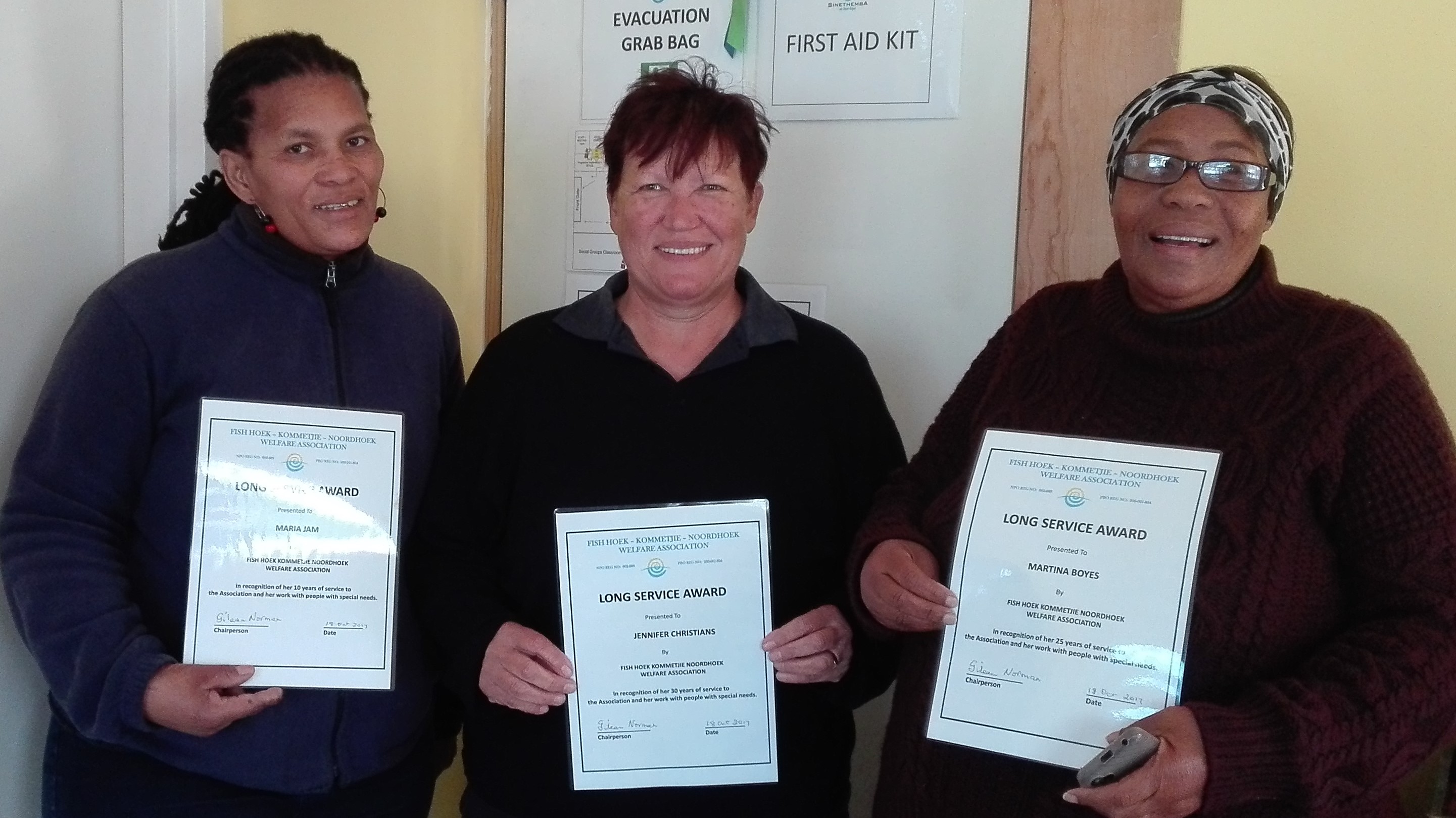 Fish Hoek – Kommetjie – Noordhoek Welfare Association held their 63rd Annual General Meeting on the 24th October 2017.  At the meeting the Chairperson gave her report followed by the Treasurer’s Annual report. The financial statements for 2016/2017 were accepted by all present.  The committee for this financial year was elected.

Once all the formalities were finished, we celebrated three of our staff members with long service awards.  Congratulations to Jennifer Christians (30 years), Martina Boyes (25 years) and Maria Jam (10 years) for their long service with the Association.  We also celebrated the life of Dawn Hare, the Association’s honorary chairperson, who passed away on the 28th June 2017.  Lezanne Raath, CEO of Fish Hoek – Kommetjie – Noordhoek Welfare Association, unveiled a plaque which will be on the wall outside the office in memory of Dawn Hare. 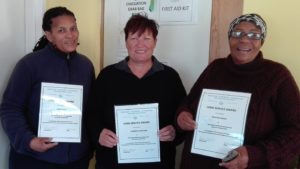